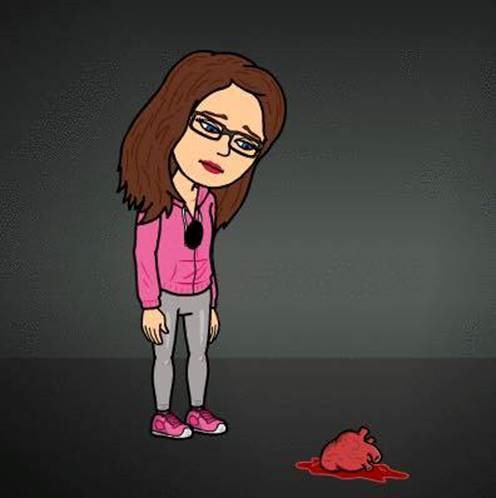 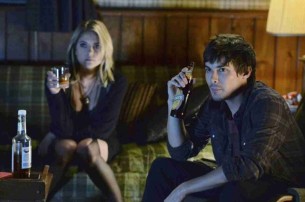 If you haven’t been catching a case of the feels the past few weeks, then you must not have social media, or you at least must not follow any of the cast from Pretty Little Liars. If this is the case, then let me let you in on what’s been happening. It’s been a very bittersweet time for the cast, crew, and fans of Pretty Little Liars. Lucy Hale, Keegan Allen, Janel Parrish, and other such stars have been filming the last ever scenes of the show, which means their jobs of playing our beloved people of Rosewood, Pennsylvania are coming to an end. If that doesn’t hit you in the feels, then I’m not really sure why you’re reading this post or following this blog. While I write about many things, Pretty Little Liars has been the primary source of inspiration for this Obsessive Girl in blog’s past and now the PLL era is coming to an end. Sure, we still have until April before the final episodes start rolling out, but the goodbyes start now as the stars film their last scenes as characters they’ve played since many of them were teenagers themselves. In fact, when the pilot was first filmed, Sasha Pieterse aka Alison DiLaurentis was only twelve years old. That was eight years ago. Depending on the time of year when they starting filming, Ashley Benson (Hanna Marin), Lucy Hale (Aria Montgomery), and Keegan Allen (Toby Cavanagh) were likely 18 going on 19, Janel Parrish (Mona Vanderwaal) was likely 19, Shay Mitchell (Emily Fields), Ian Harding (Ezra Fitz), and Tyler Blackburn (Caleb Rivers) were likely 21, and Troian Bellisario (Spencer Hastings) was likely 22. Now their ages range from 20 to 30 years old. That’s a lot of time dedicated to a show, a character, and fans. It only makes sense that they’ve been posting incredibly emotional posts on Twitter and Instagram the past few weeks. Still, even though we’re expecting it and even though we still have 8 or so months until we have to watch the series finale, it’s been an emotional time for PLL cast, crew, and fans alike.

As fans, we know these stars about as well as we know most of our social media friends (I mean, seriously, we probably like, reply to, and keep up with more of these stars’ posts than we do the people we’ve actually met and spoken with in real life). They’ve become like extended family to us. We were their faces on our couple shirts (I own all three because at times each couple is my favorite), we hang their calendars on our walls, and faithfully watch their show at least every week if not every day (or every hour). We even spend hours upon hours reading, writing, and thinking about theories for who might be A, who might be working for A, who might be a double agent, and who might truly be on the Liars’ side. I personally have spent more time and put more effort into theorizing than I’m even willing to admit to myself. *hides face behind hands* I’ve even become known as the girl obsessed with Pretty Little Liars. I kid you not anytime anything even potentially related to Pretty Little Liars or obsessions is mentioned at work, someone points their finger at me. I can’t blame them honestly, I am “Obsessive Girl” after all.

I’ve got to be honest though, when Pretty Little Liars first came out, I wasn’t in the least bit interested in watching it. Granted, I thought it was just a show about a bunch of girls with names starting with “A” (Aria, Alison, Ashley–I didn’t know who was who at the time) who had killed or done something to a friend who wasn’t really a friend and someone had found out so they were afraid. I distinctly remember watching a preview of the scene from the pilot when Aria and Emily were walking into the school and Emily said, “We all know she’s dead” and Aria stops before saying, “I hadn’t heard anyone say it yet.” Then the preview showed the girls getting a text message from “A” and that’s what made me think it was just a bunch of friends who killed/hurt someone. When I eventually learned what the show was really about I spent a week catching up on four seasons only to realize the season four finale was coming out that week. Yeah, so I rushed and spent 23 hours straight one day watching it because I wanted to catch up with the series only to learn I had to wait three months until the next episode came out. I wouldn’t have rushed so much if I knew I would have to wait.

Now, we’re half-way through the seventh and final season and I kind of feel like crying. This is the first show since Lizzie McGuire that I’ve consistently watched as it aired until the finale. I kid you not, every other show I’ve ever watched I’ve either binge-watched or didn’t finish until well after it was over. I was ten when Lizzie McGuire ended. That means, by the time Pretty Little Liar ends, it will have been thirteen years since I had to endure the series finale of a show that I sincerely loved. Actually, now that I think about it, I watched the series finale of Ned’s Declassified in 2007 too, so if I consider that, then it will have really only been ten years, but still! That’s a whole decade in which I haven’t had to say goodbye to a beloved show and even more beloved characters that I have lived alongside for many years. Now, don’t get me wrong, I’ve binge-watched many, many shows in the past few years that I endured the series finale for, but I that wasn’t the same kind of commitment. It still hurts, hurts real bad, to say goodbye to shows I’ve binge watched, but it’s like the goodbye of a summer fling, whereas the goodbye I will endure for PLL will be the goodbye of a truly committed relationship.

I’m not quite sure I’m ready to say goodbye yet, y’all! I mean, I’ve definitely had a few fights with PLL and been fed up with the secrets and lies, almost to the point that I was done with the show, but I haven’t given up! I’ve endured the heartache and stress that comes with committing to a show like PLL. This show has made me sad, angry, anxious, and happy on many different occasions, sometimes at the same time, and it really is about time we know who Uber A is so that the Liars and their SO’s can finally live in peace, but I just… I’m not ready to say goodbye! I am ready to see the stars in new projects though, especially if that means we get more Lucy Hale music and maybe another Keegan Allen book! That I am incredibly excited for, but I’m certainly not excited about saying goodbye! While I’m incredibly bummed that we have to wait until April for the rest of season 7 to premiere, I’m also kind of grateful, because that means we have a little bit more time before we have to say goodbye!

Anyway, I just needed to vent to some people who understand what I’m going through. I’m gonna go back to binge watching my new obsession (Chicago Fire, PD, and Med–seriously, they’re amazing!), then I’m going to binge watch Gilmore Girls again before Gilmore Girls: A Year in the Life comes out on Netflix next month and once I’m done watching Gilmore Girls, I’ll probably watch Pretty Little Liars again, because it’s been a while and I really want to figure out who A is before it’s finally revealed for real!